The African Nation aiming to be a Hydrogen Superpower 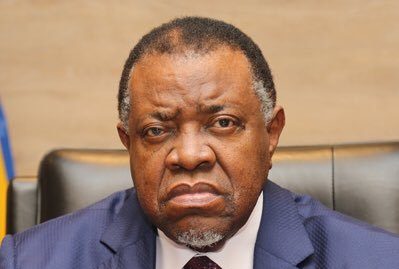 “So now finally, we’re on the map,” says Philip Balhoa about Lüderitz, a town in southern Namibia, where harsh desert meets pale ocean.

The port town has previously benefited from diamonds and fishing booms, but now struggles with high rates of unemployment and aging infrastructure.

A proposed green hydrogen project is set to be “the third revolution of Lüderitz,” says Mr Balhoa, a member of the town council.

He hopes that the project will train and employ local people, or “Buchters” as they affectionately call themselves – bringing down the town’s 55% unemployment rate.
“For a town that’s really been struggling economically over the past 10 or 15, maybe longer, years, this is something that people are really very excited about,” he says.

The project will be based near the town in the Tsau //Khaeb National Park, and ultimately produce around 300,000 tonnes of green hydrogen per year.

In simple terms, the renewable energy from the sun and wind will be used to separate hydrogen molecules from desalinated water.

Those hydrogen molecules in their pure form or in derivative green ammonia can make up a variety of products, including sustainable fuels.

The preferred bidder, Hyphen Hydrogen Energy, is set to start production in 2026 and will have the rights to the project for 40 years, once the necessary feasibility processes are concluded.
The firm says the four years of construction are likely to create 15,000 direct jobs and 3,000 more during full operations – and that 90% of them will be filled by locals.

Mr James Mnyupe is the Namibian government’s presidential economic advisor and hydrogen commissioner. He explains that Lüderitz’s location is ideal, because of the extensive solar and wind resources and the proximity to the ocean, both as a water source and a port.

Mr Mnyupe says this is all part of a plan for change in Namibia by President Hage Geingob.
“The president was very keen to craft an economic recovery plan that is responsive, globally relevant, and systemic in nature.”

This forms part of a much bigger development fuelled by green hydrogen that the government hopes to find funding for, expanding into agriculture, logistics and energy.

Mr Mnyupe speaks of green hydrogen trains and pipelines to trade with neighbouring countries.
There are hopes of creating renewable electricity, both for export and as an alternative to imported coal power from South Africa.

“The idea is to turn Namibia into not just a green hydrogen hub, but into a synthetic fuels industry powerhouse,” he says.

The impact is set to be international, with agreements already signed with Germany, Belgium and Rotterdam in the Netherlands.

This comes with some funding agreements, but Namibia is looking at more options, such as green or sustainable bonds, towards the roughly $9.4bn (£7.1bn) needed for the initial project.

To put the size of the investment into perspective – Namibia’s entire GDP in 2020 was just $10.7bn.
“People could start taking us seriously as a trading partner, and not a net recipient of development assistance,” says Mr Mnyupe. “For the ordinary Namibian, this means hope.”
Mr Balhoa expects that the planned influx of people and business will strengthen infrastructure in Lüderitz, like roads and hospitals, and that the project will attract more investment from the central government into the area.

But the optimism comes with matching concerns.
Mr Balhoa says previous large projects have not invested back into the community as hoped.

There are worries that the small town will not be able to meet the increased infrastructure demands – with accessible housing already being a big challenge.

A general view during the inauguration of a green-tech “REFHYNE” hydrogen production plant at the Shell Energy and Chemicals Park Rheinland on July 02, 2021 in Wesseling, Germany.

“I do believe it’s going to be a game changer, not just for Namibia, but for the African continent,” says Kennedy Chege, a researcher and PhD candidate at the Mineral Law in Africa research chair, University of Cape Town.

But he warns that the main challenges is financing:
“Trying to develop renewable energy plans normally requires so much funding, and the government itself is not able to actually provide that funding through its budget. So it requires mobilizing funding from both the public sector and the private sectors.”
Mr Chege says Namibia’s international partnerships are a positive sign.

While there is much to be done, Namibia is pushing ahead – so much so, that the government might announce a call for proposals for a second green hydrogen project as early as January 2022.