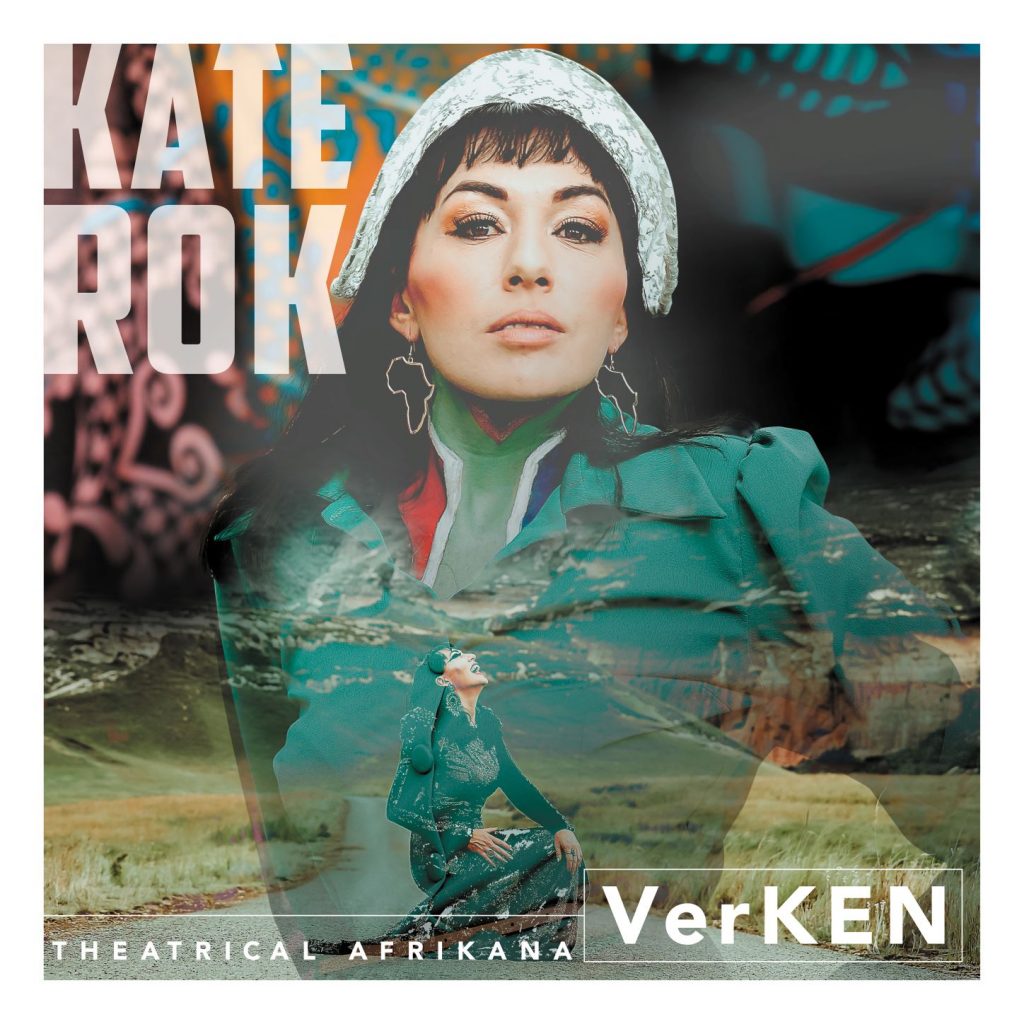 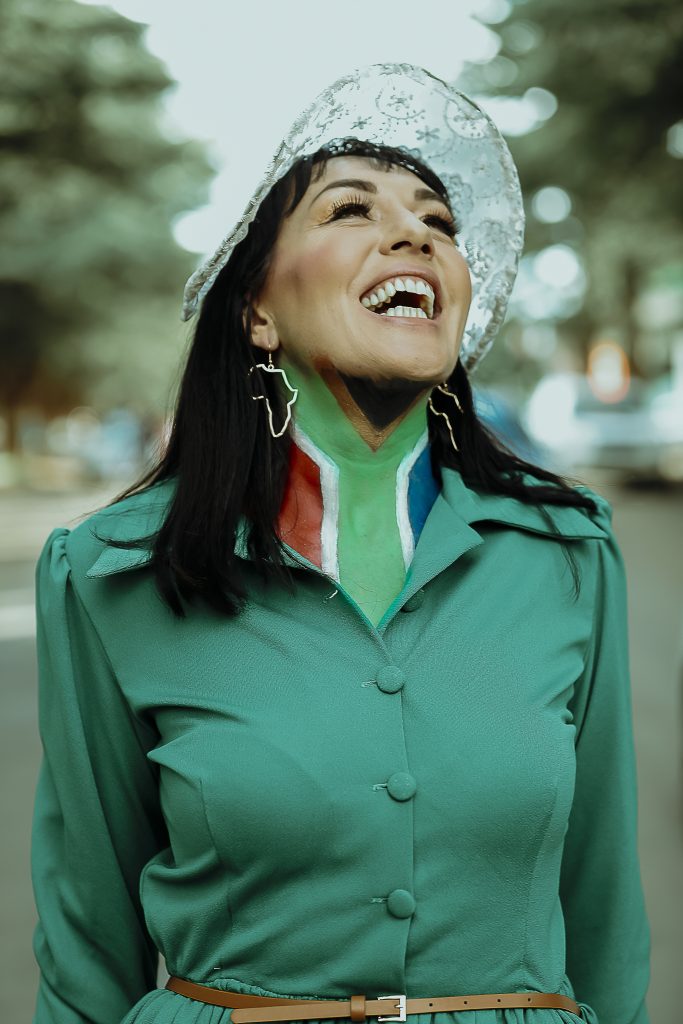 Fans of Kate Rok, the darkhaired star from Clarens with her characteristic “Voortrekkerkappie”, can look forward to not only a brand-new single and music video, but also the singer’s much-anticipated debut album.

Kate’s latest single, REËNBOOGDANS, celebrates the diversity of our rainbow nation. “It is about the healing that takes place when we cross cultural boundaries and embrace the diverse colours, flavours, past and present of our rainbow nation from a place of love. To truly know one another we must learn all languages and the symbolism weaved within. To address the past, we must look at one another through a cultural lens in the way we would like others to see us,” she explains.

She was inspired to pen the track, which she describes as Theatrical Africana, as an ode to the Zulu woman who helped raise her. “Sarah was like my second mother. This track celebrates not only her love for and dedication to our family, but the more universal theme of sacrificing one’s own home and children for survival and finding a greater and deeper value therein than merely having a job. Sarah was our confidante and her children our best friends. She shared in our joy and sorrow, the good and the bad. She always had our backs.”

REËNBOOGDANS holds a very special place for the singer-songwriter. “It captures my dreams for our country. I dream that we learn how to speak one another’s language, because through language we understand culture. When we truly understand culture, there is a deeper connection than simply what we see or hear. This can effect change for the better in a holistic way.”

Like the single, the music video is emotional and raw. Shot in a documentary style, it shows Kate, along with Sarah’s family – her husband, children, and grandchildren – paying tribute at her grave. It was filmed at Sarah’s home in Bakenpark near Bethlehem, at her grave, and at a local church.

“Through the video’s raw visual storytelling I want to inspire people and encourage them to gain a better understanding of different cultures. The beauty of the rainbow is because of its different colours – if the colours all blended together it would just be a grey mess. REËNBOOGDANS highlights, embraces, and honours diversity.”

The video was shot by several people from various angles, using cameras and cell phones, and was edited by Kate herself. “I want to show upcoming artists that they can do things themselves and learn new skills. You don’t need a production team to be successful. Go out and create – don’t let anything stop you.”

Although REËNBOOGDANS is deep and nostalgic, it is also universal. Produced by Kate and Heinrich Pelser, it follows the release of Wilgerlied and Maangenade, both of which were very well received. It is Kate’s seventh single and the main track from her upcoming album. Titled VerKEN, her debut album has just been released and promises to deliver more of what fans know and love about Kate – it is unique, filled with emotion, and deeply impactful.

According to Kate, the album explores Afrikaans through different sounds, investigates the notion of Afrikanerdom, and rediscovers what it means to be South African through a unique lens. It is a culmination of 18 years of songwriting and features 13 tracks that holds special meaning for the artist.

“VerKEN invites listeners to explore – my sound, my words, my heart and my soul. Each song is also a discovery of harmonies, symbolism, metaphors and more. There is a lot for listeners to delve into,” explains Kate. She highlights that the title actually has a dual meaning. “It also means ‘vir Ken’, a tribute to Ken Venter who helps make my dreams a reality.”

According to Kate, each song on the album was carefully selected and she encourages listeners to explore all it has to offer. “Put on your headphones. Read the lyrics. Listen to songs on repeat. There is so much to discover on this album,” she says.

Kate, with her strong and independent personality has been singing since she was three years old and has been writing her own music since she was in school.

When not on stage, she’s a Mathematics teacher. She also recently established her own business, which combines her passion for conceptual design, education development and holistic travel experiences. She enjoys getting creative with makeup, photography, and seeking adventure – in life and in music – in her free time.

Kate has exciting plans for the future and wants to make music that has a lasting impact on society and makes South Africa a better place.

VerKEN is now available on all digital platforms.